« Viticulture, out of love for the land, for wine and the ambition to become a recognised and respected estate in Graves »

In 1859in a vineyard called « Les Places » in Arbanats, revealed to contain one of the most important discoveries of Roman coins in France: a treasure of 930 Roman republican deniers buried in 49 BC by a Roman winemaker.

This is another proof that the regions of Graves is the original land of Bordeaux wines. Furthermore, it is evidence that the soils of our vineyards have been producing high quality wines for over 2000 years.

Several years later, on this same place, The Château des Places vineyard was born at the end of the 19th century thanks to our ancestor Daniel Subervie who was a cooper. He started to cultivate a few plots of vines and sold the harvest to Bordeaux merchants.

His son René Subervie continued to develop the farm when he returned from the First World War, despite an injury in the trenches.

It was his son-in-law, Guy Reynaud then a craftsman, who made the choice to leave his profession to enlarge, modernize and invest in the area in order for the operation to grow into a beautiful wine estate. He bought equipment (tractors, pressing machines) and built a new wine cellar with the hope that his son, Pierre Reynaud, would continue the development. He wished to exploit and make the family heritage prosper. 1960 marks the start of bottling at the Château and direct sales. Pierre knew how to give the best of himself; out of love for the particular land, he enlarged the areas, while modernizing the estate and built new cellars, so that his own children, Philippe and Fabrice, could continue the improvement of the estate.

Today it is the fifth generation, the brothers Philippe and Fabrice Reynaud, who are managing the estate while working in perfect harmony and developing this magnificent property. Philippe, the older brother, takes care of the vineyard with care, while Fabrice, his younger brother, vinifies and manages the marketing. In 2009, they created the wine and spirits distribution company Reynaud Diffusion to promote, among other things, the development of export sales.

During all these years, the Reynaud family acquired several properties from Graves including Château Lugaud in 2009 and Château Lagrange in 2015.

The 2020 vintage will have been the opportunity for Philippe and Fabrice Reynaud to continue their father’s work by inaugurating an ultra-modern vinification cellar as well as a maturing cellar whose surface has been extended. 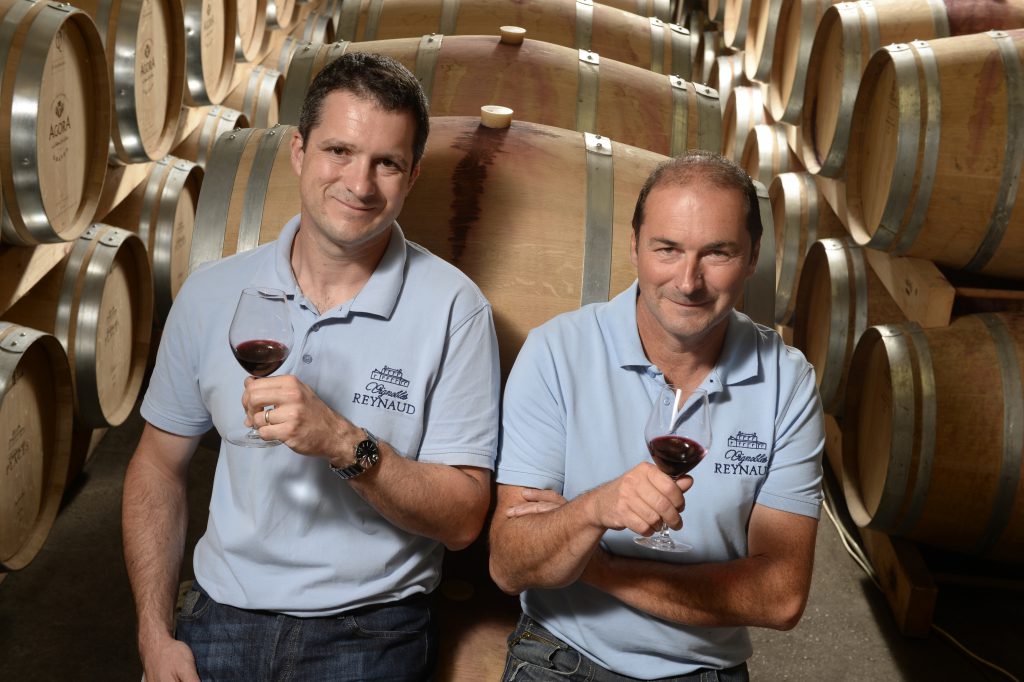